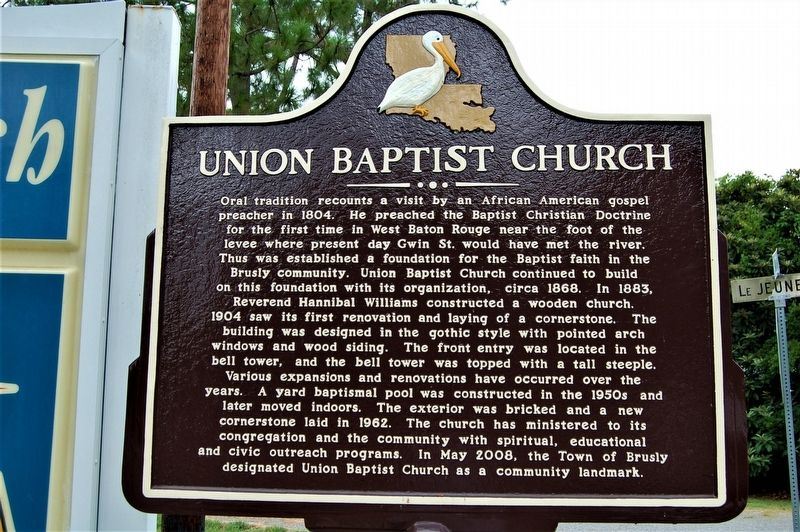 Oral tradition recounts a visit by an African American gospel preacher in 1804. He preached the Baptist Christian Doctrine for the first time in West Baton Rouge near the foot of the levee where present day Gwin St. would have met the river. Thus was established a foundation for the Baptist faith in the Brusly community. Union Baptist Church continued to build on this foundation with its organization, circa 1868. In 1883, Reverend Hannibal Williams constructed a wooden church. 1904 saw its first renovation and laying of a cornerstone. The building was designed in the gothic style with pointed arch windows and wood siding. The front entry was located in the bell tower, and the bell tower was topped with a tall steeple. Various expansions and renovations have occurred over the years. A yard baptismal pool was constructed in the 1950s and later moved indoors. The exterior was bricked and a new cornerstone laid in 1962. The church has ministered to its congregation and the community with spiritual, educational and civic outreach programs. In May 2008, the Town of Brusly designated Union Baptist Church as a community landmark.