The Parish of West Baton Rouge is ranked 10th in the state on Self Response Rate!

It’s not too late to respond. Everyone counts! Remind family and friends to complete their census response! 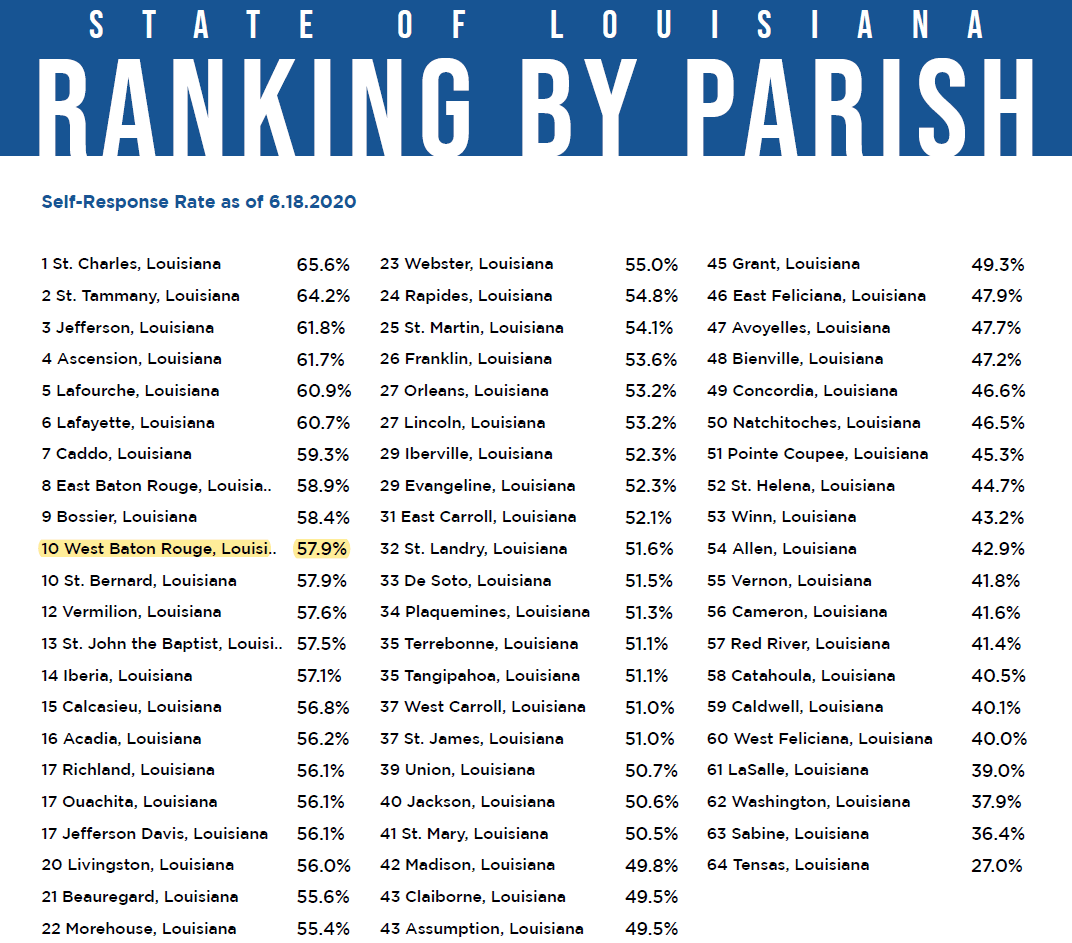 The 2020 Census counts every person living in the United States and five U.S. territories.

The count is mandated by the Constitution and conducted by the U.S. Census Bureau, a nonpartisan government agency. The 2020 Census counts the population in the United States and five U.S. territories (Puerto Rico, American Samoa, the Commonwealth of the Northern Mariana Islands, Guam, and the U.S. Virgin Islands). Each home will receive an invitation to respond to a short questionnaire—online, by phone, or by mail—between March 12-20.

Why We Conduct This Count

The census provides critical data that lawmakers, business owners, teachers, and many others use to provide daily services, products, and support for you and your community. Every year, billions of dollars in federal funding go to hospitals, fire departments, schools, roads, and other resources based on census data.

The results of the census also determine the number of seats each state will have in the U.S. House of Representatives, and they are used to draw congressional and state legislative districts.

Participating in the census is required by law, even if you recently completed another survey from the Census Bureau. A complete and accurate count is critical for you and your community, because the results of the 2020 Census will affect community funding, congressional representation, and more. 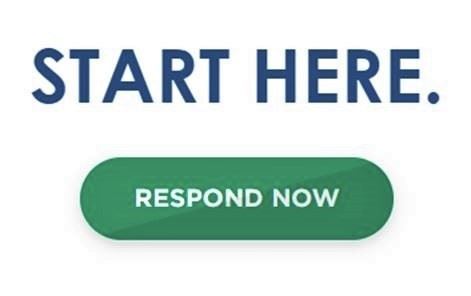 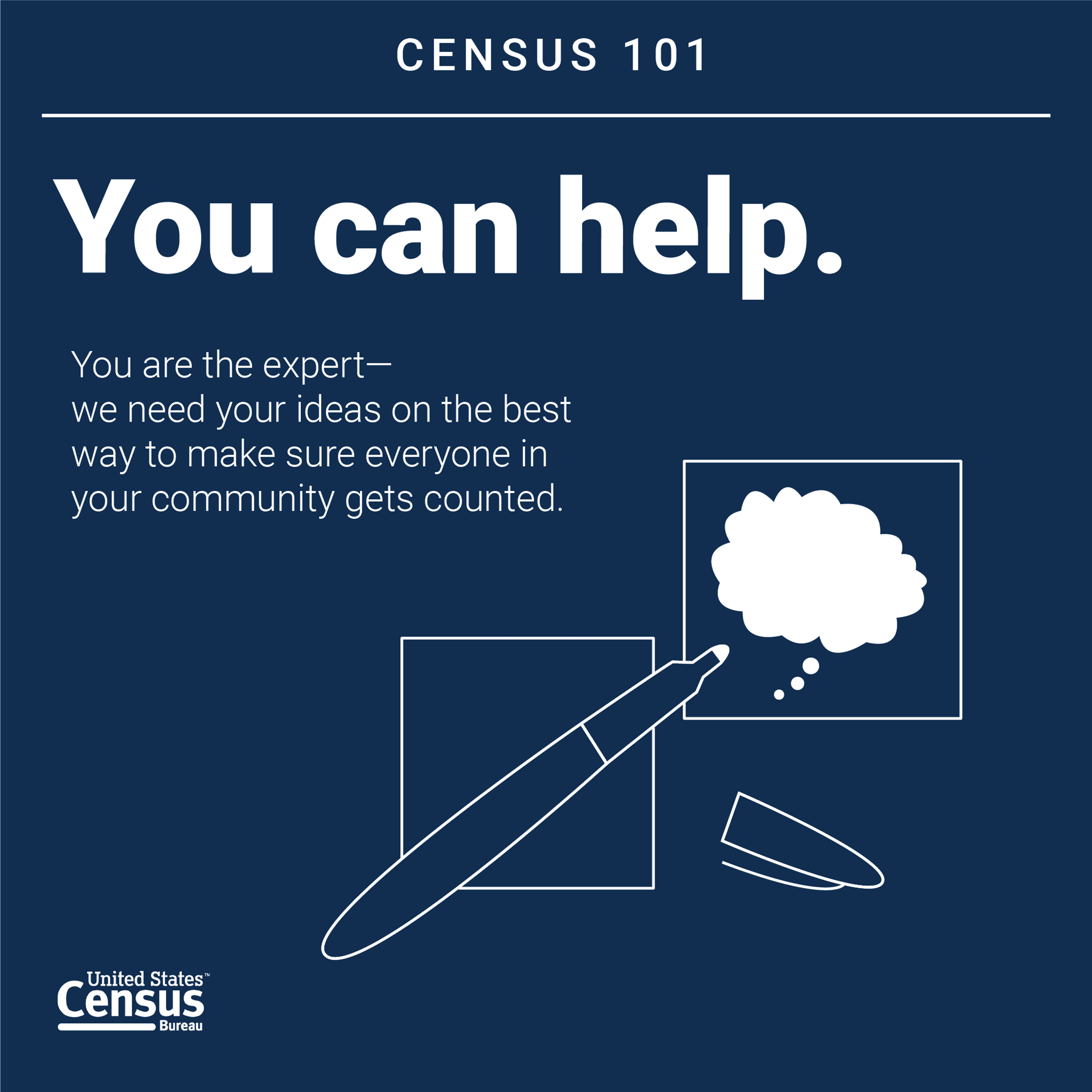 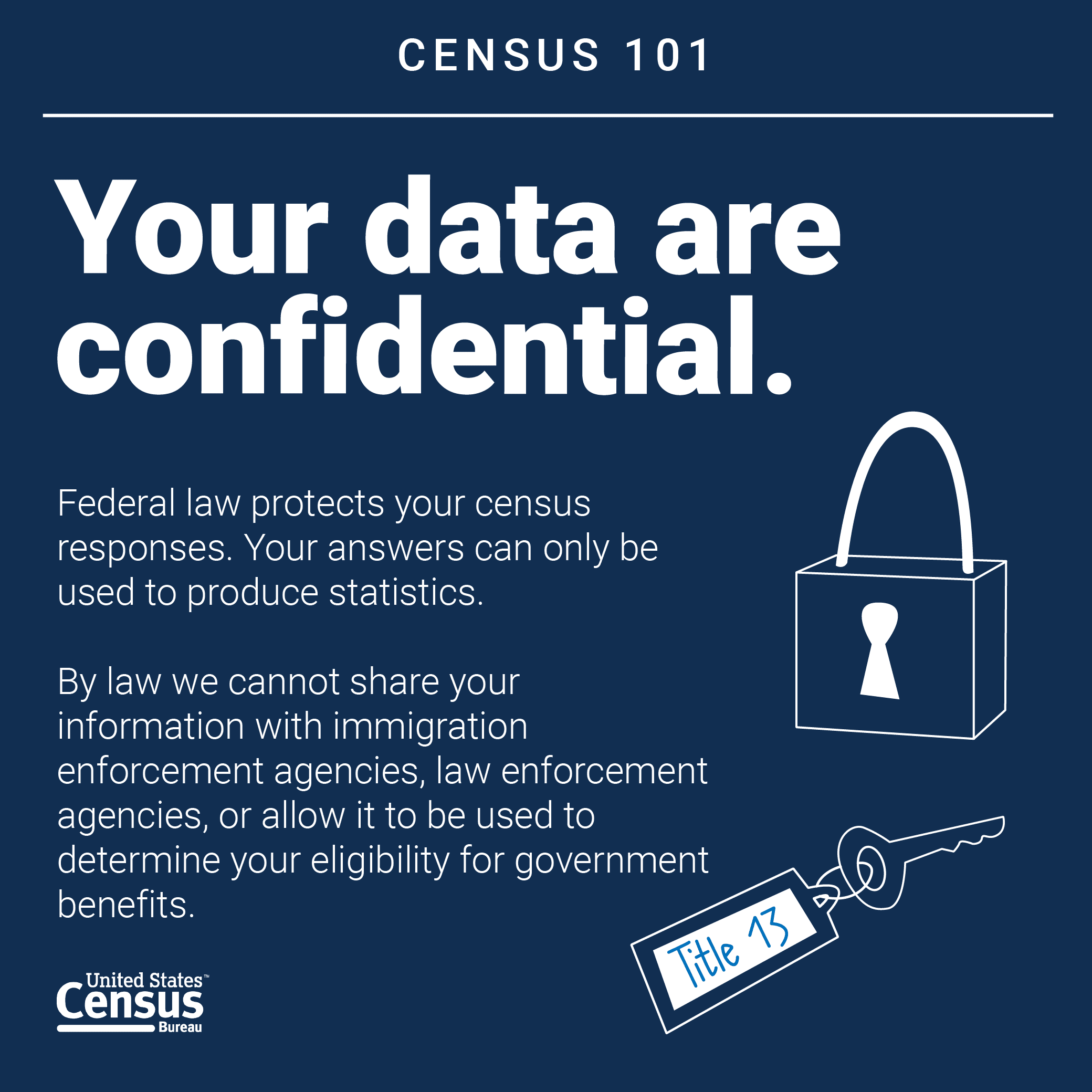 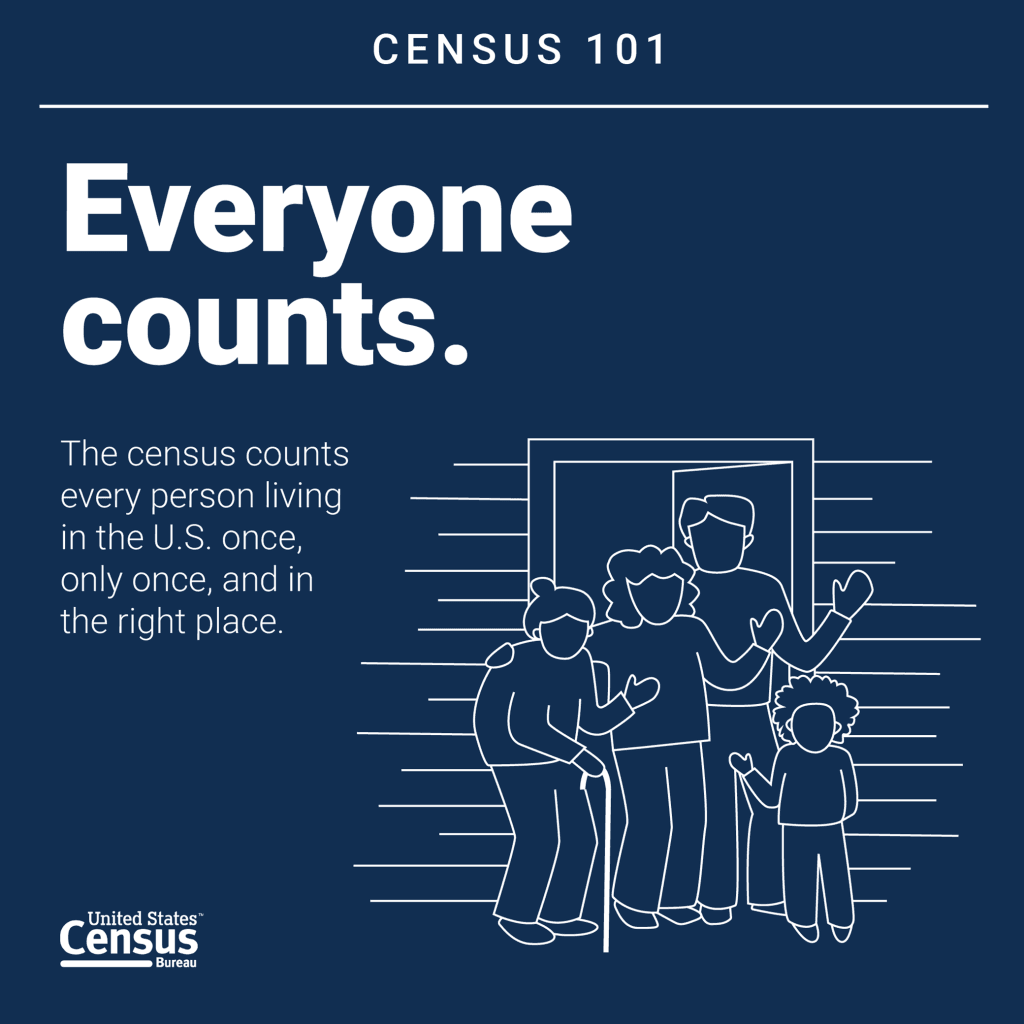 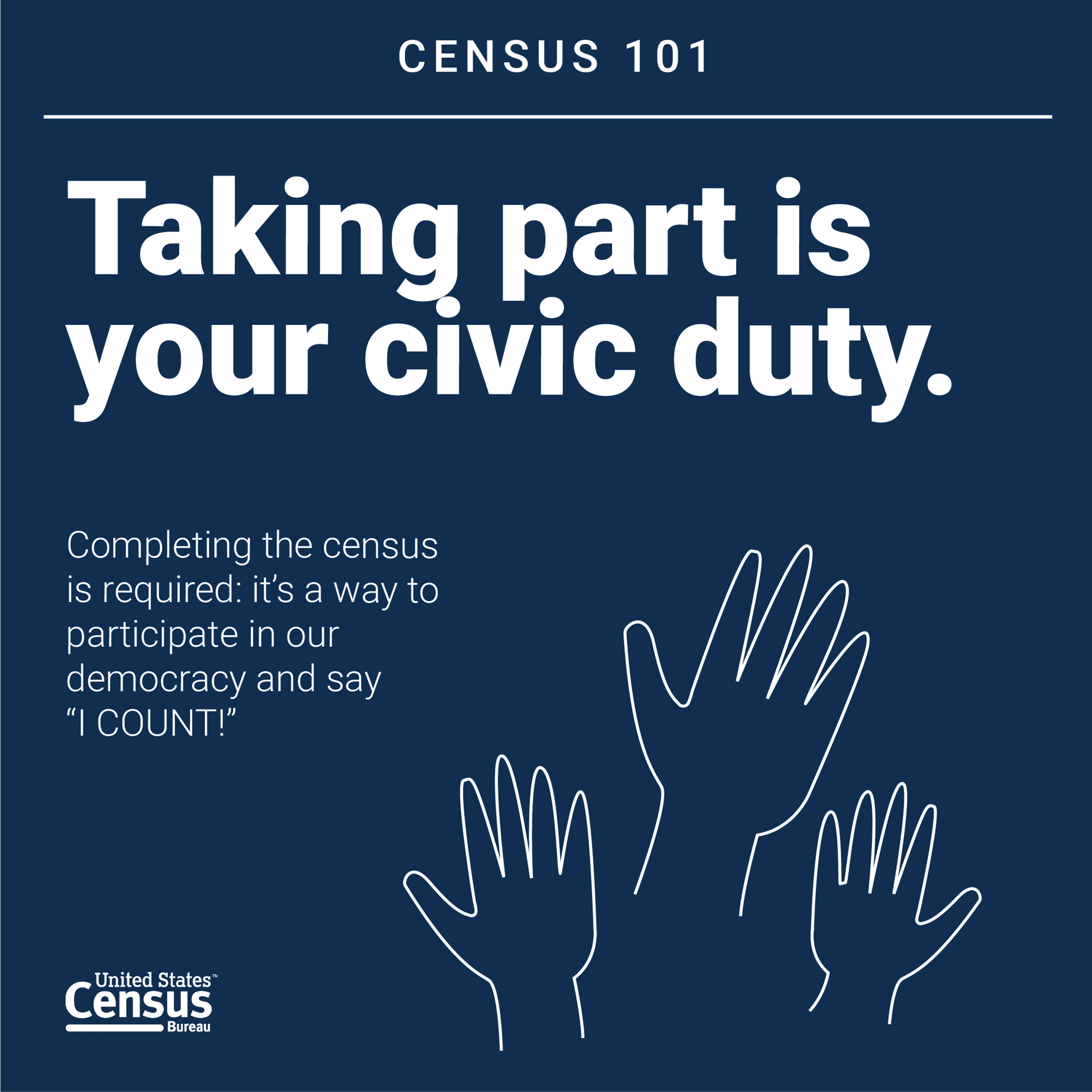